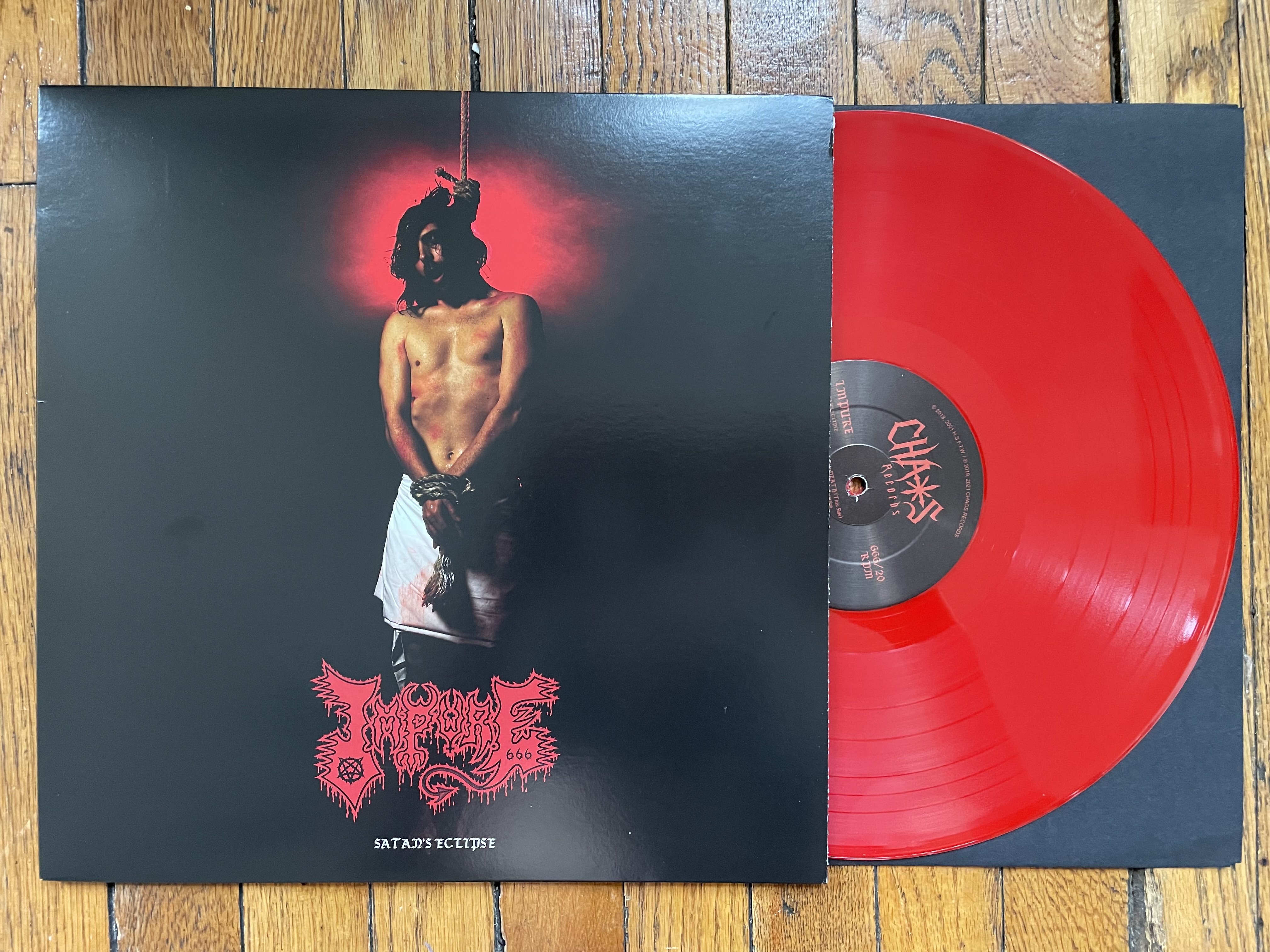 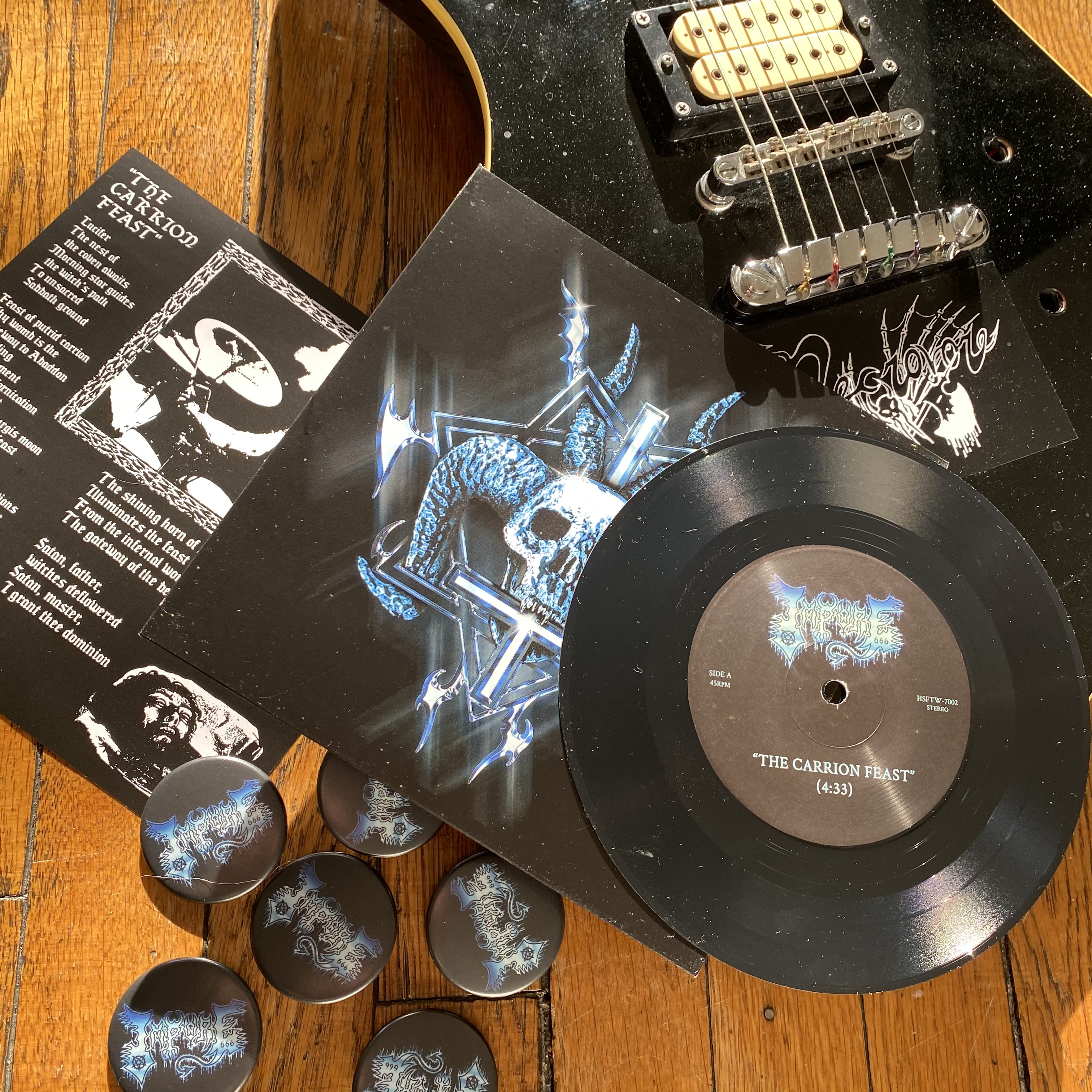 “The Carrion Feast” is here! IMPURE would like to thank all of the maniacs who have pre-ordered the 7”—they will begin to be shipped starting Monday, April 5. Stream, download & purchase “The Carrion Feast” here. You can also stream the single on Spotify, Apple Music, etc. HSFTW!

12 months since being ‘Damned,’ we return with the shining horn of Satan to bring you our new 7”-single, “The Carrion Feast”. Recorded once again at Firebrand Recording in Saint Louis by Brian Scheffer (with additional recording at Artifact Audio NYC by Sasha Stroud in Brooklyn) and sleeve artwork by Shannon Levin (which is a reimagined version of the iconic Yuji "Paranoid" Inaba skull). Preorder the record here. Pressed by BrooklynPhono, NYC. With insert. First 100 orders come with free exclusive 1.75" matte pin by the Pinfinder General.

Two new conjurations have been tracked this past weekend for an upcoming single, to be released early 2021. In the meantime, the last copies of our last record, the ‘Damned...’ 12”-EP, can be found at Wyrd War and Stygian Black Hand. Europeans can get a copy at Crypt Of The Wizard. Merch is still available on our Bandcamp page. Thanks for the support, and as always. HSFTW. 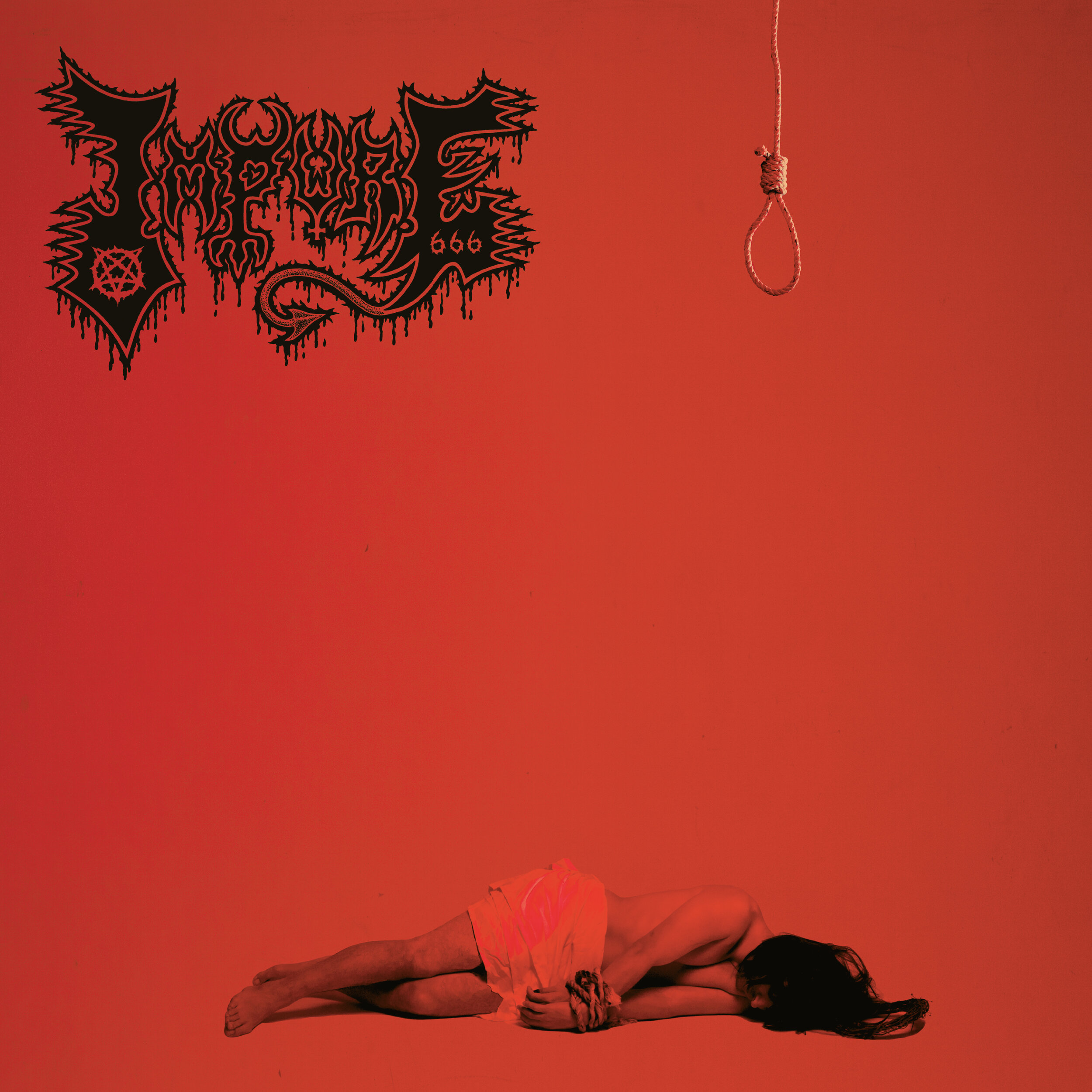 Brand new black logo hoodies are available, as well as a restock of white longsleeves. IMPURE will return in 2020 with a new EP and more live shows to be announced. H.S.F.T.W.

The debut full-length "Satan's Eclipse" is due out on July 5 on CD from Chaos Records, along with an exclusive shirt featuring Paranoid's skull design, and on cassette from Headsplit Records. LP is due out July 26 from Chaos Records, limited to 500 copies worldwide (400 black vinyl, 100 red vinyl). LP/CD/shirt preorders are available here. 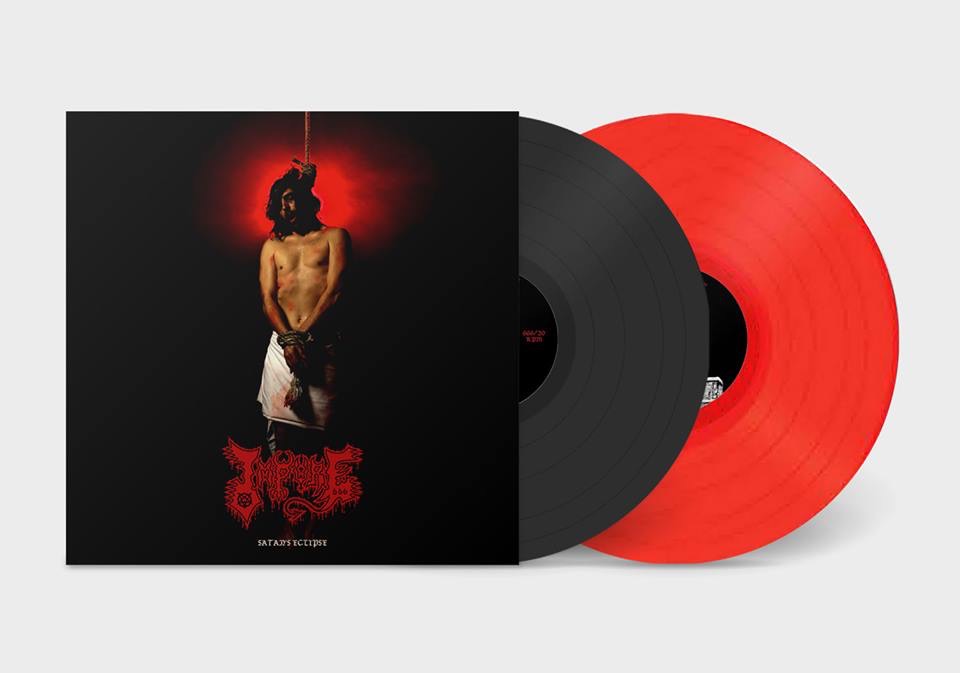 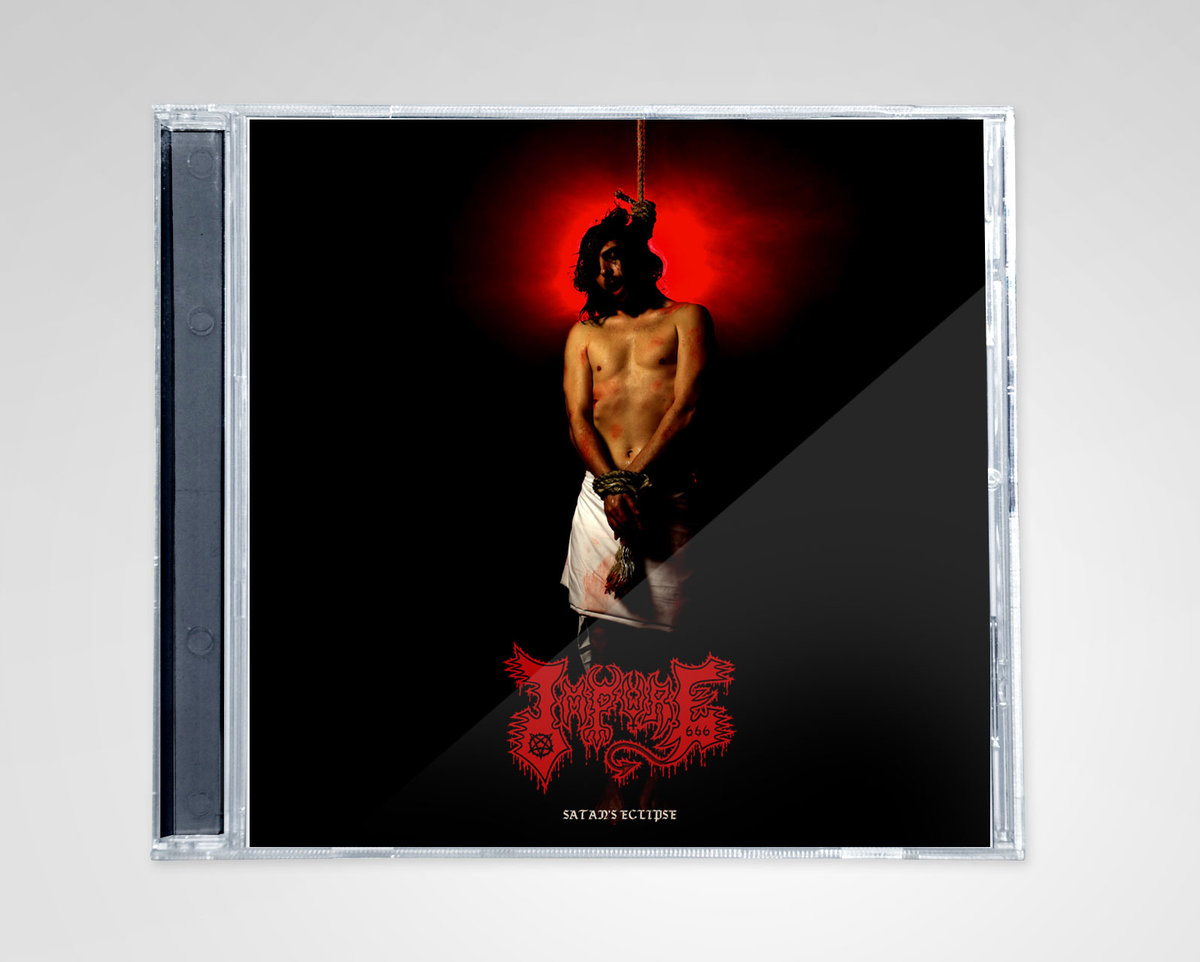 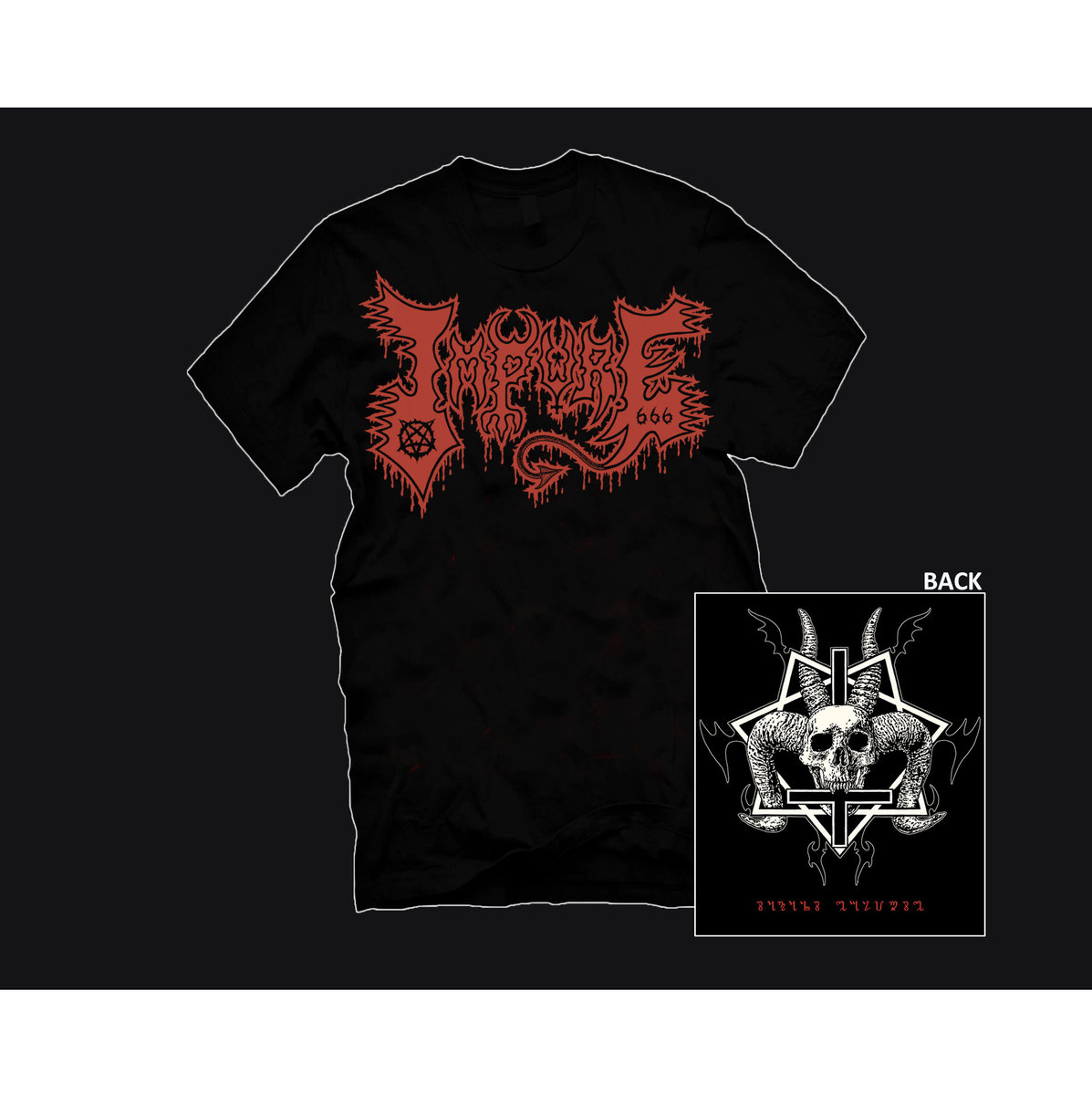 Coming summer 2019 from Valour Music, "Conjurations", a compilation tape comprising all out of print material to date, including "Satan's Eclipse Demo MMXVII", "Transfixed in Limbo" single, and "Rehearsal Demo MMXVIII", previously unreleased on physical format and featuring Obscure Bleeder of Priests on bass. Limited to 66 copies worldwide, now sold out from Valour Music but copies will be available through the band upon release, as well as from Headsplit Records and Stygian Black Hand. 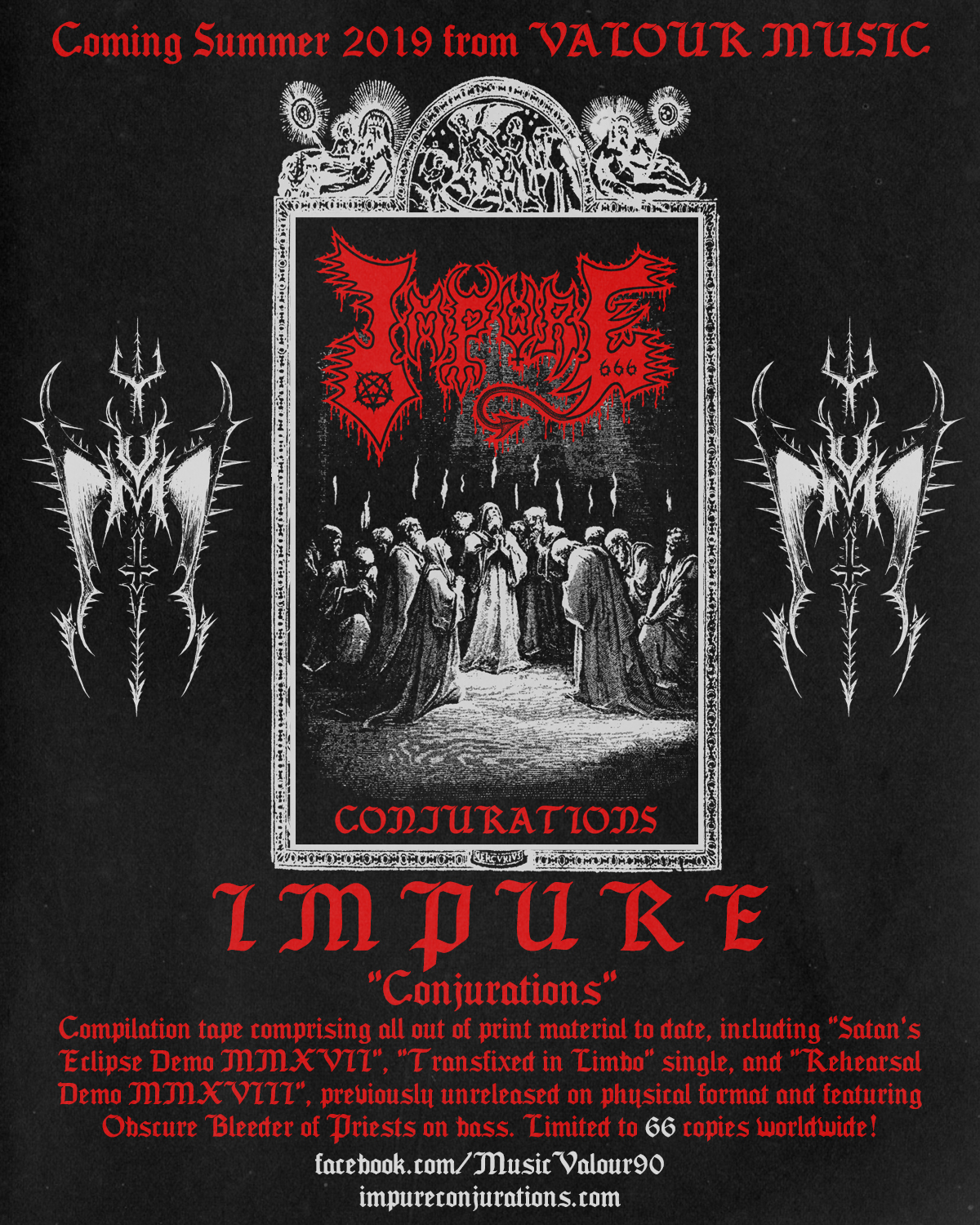 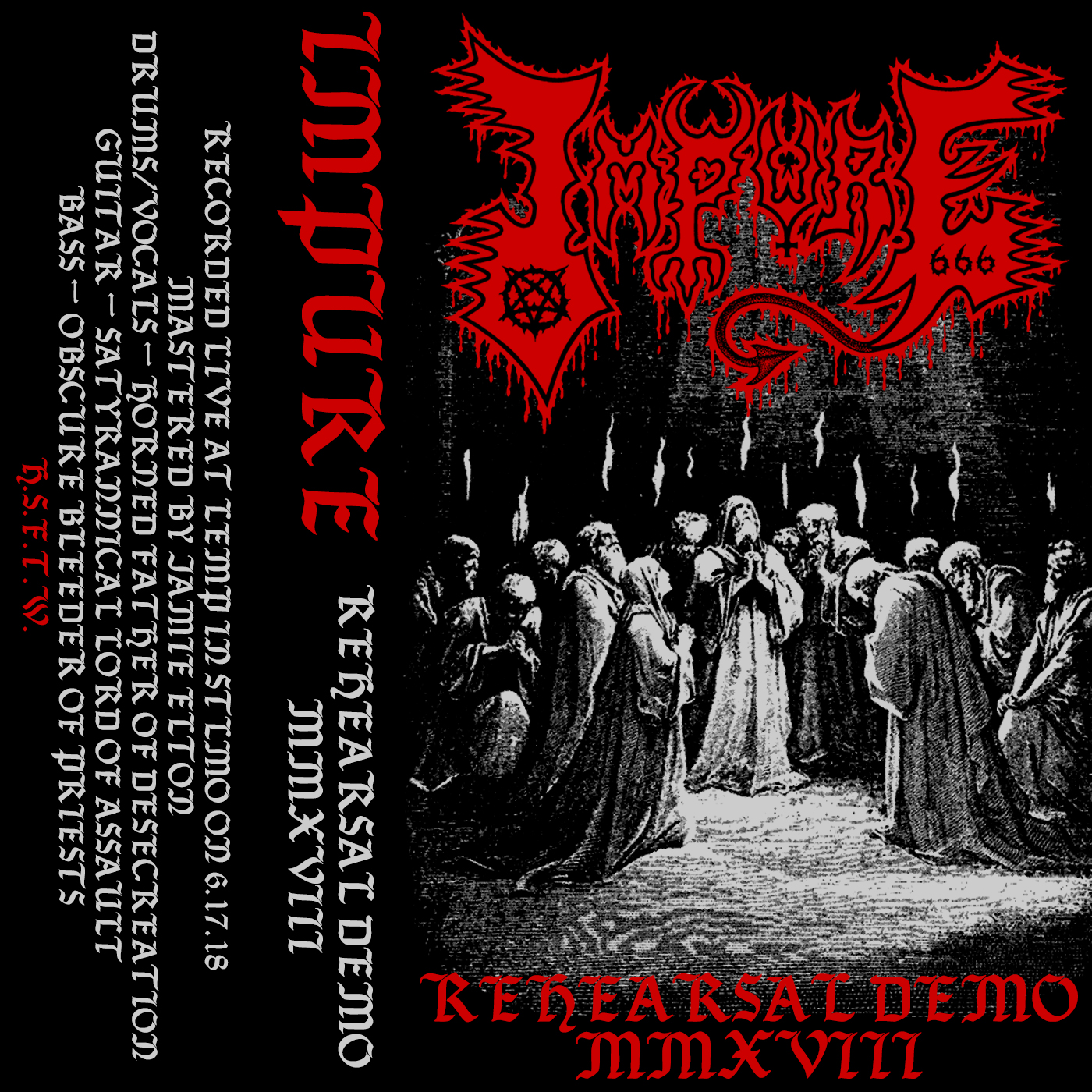 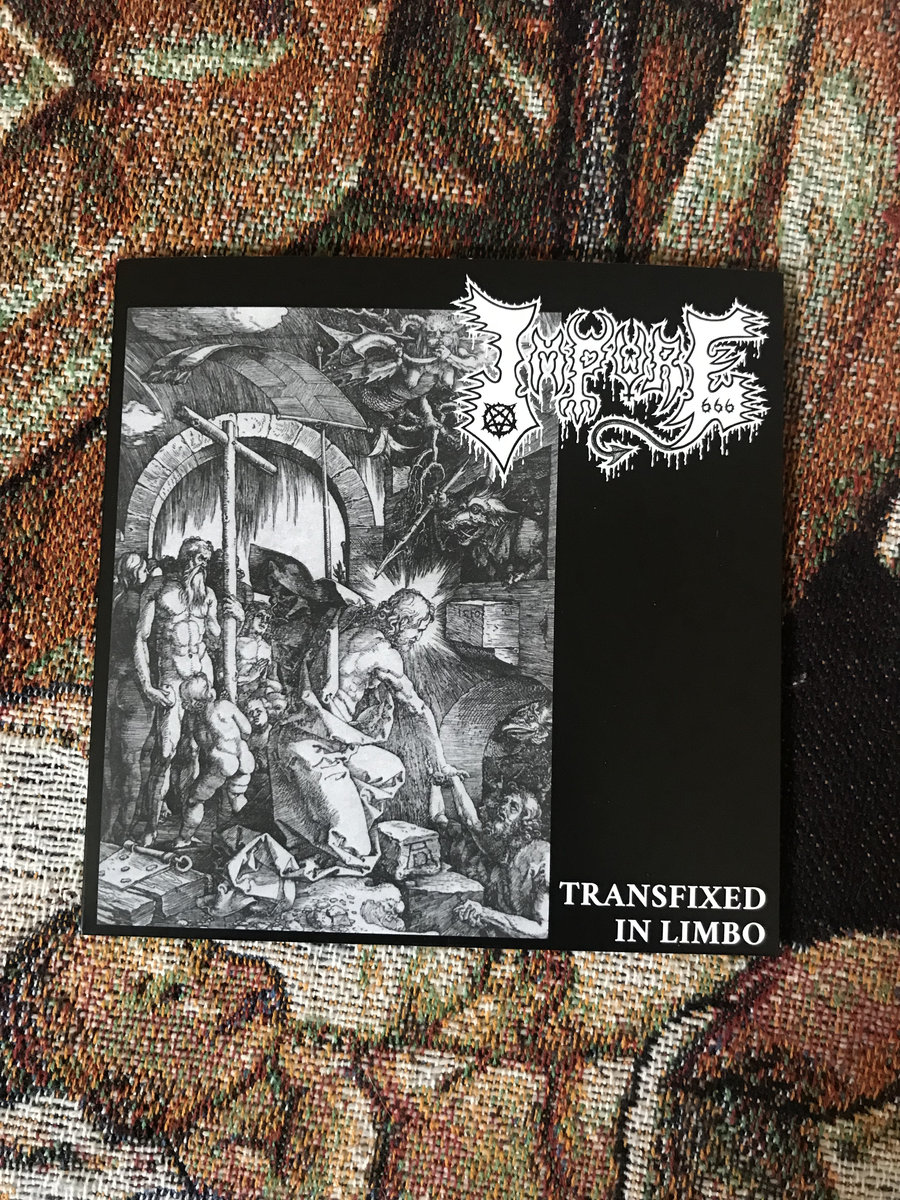 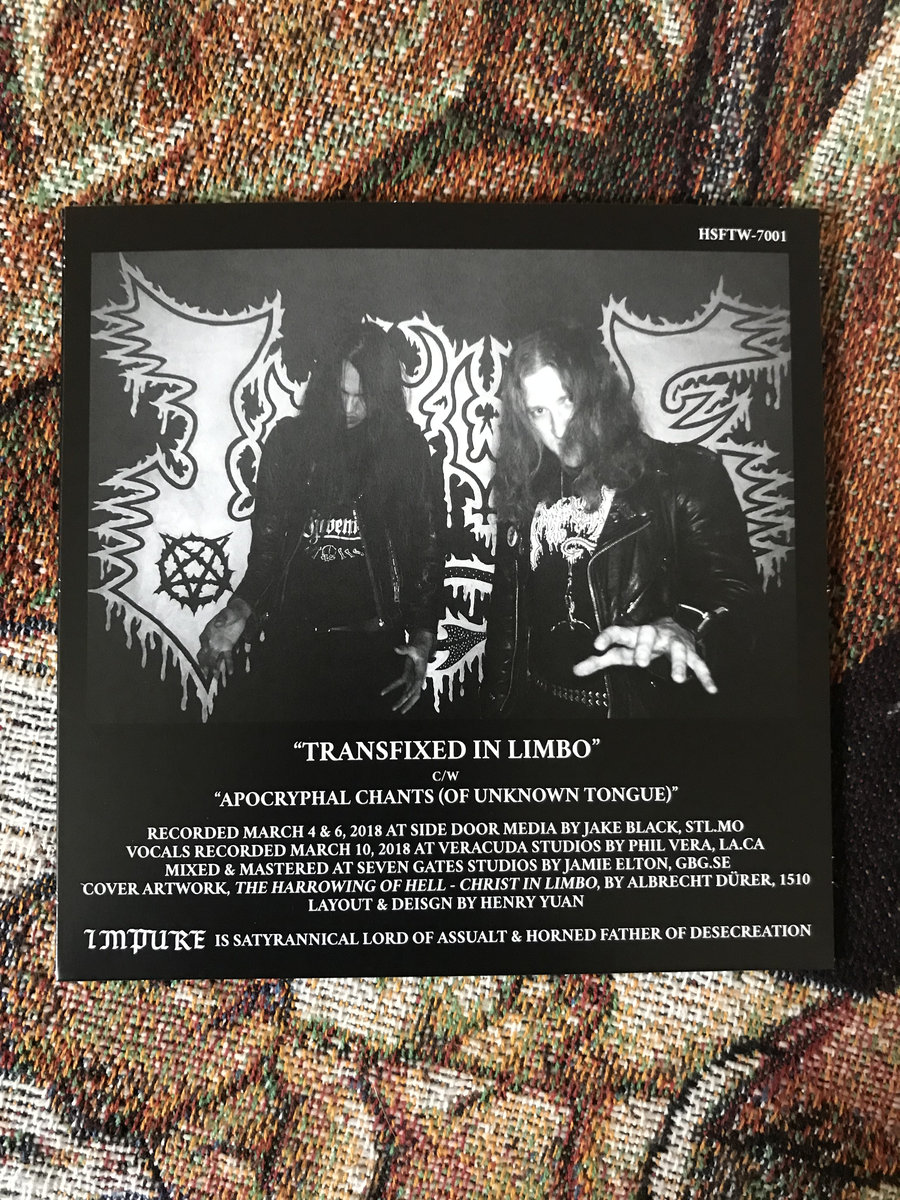 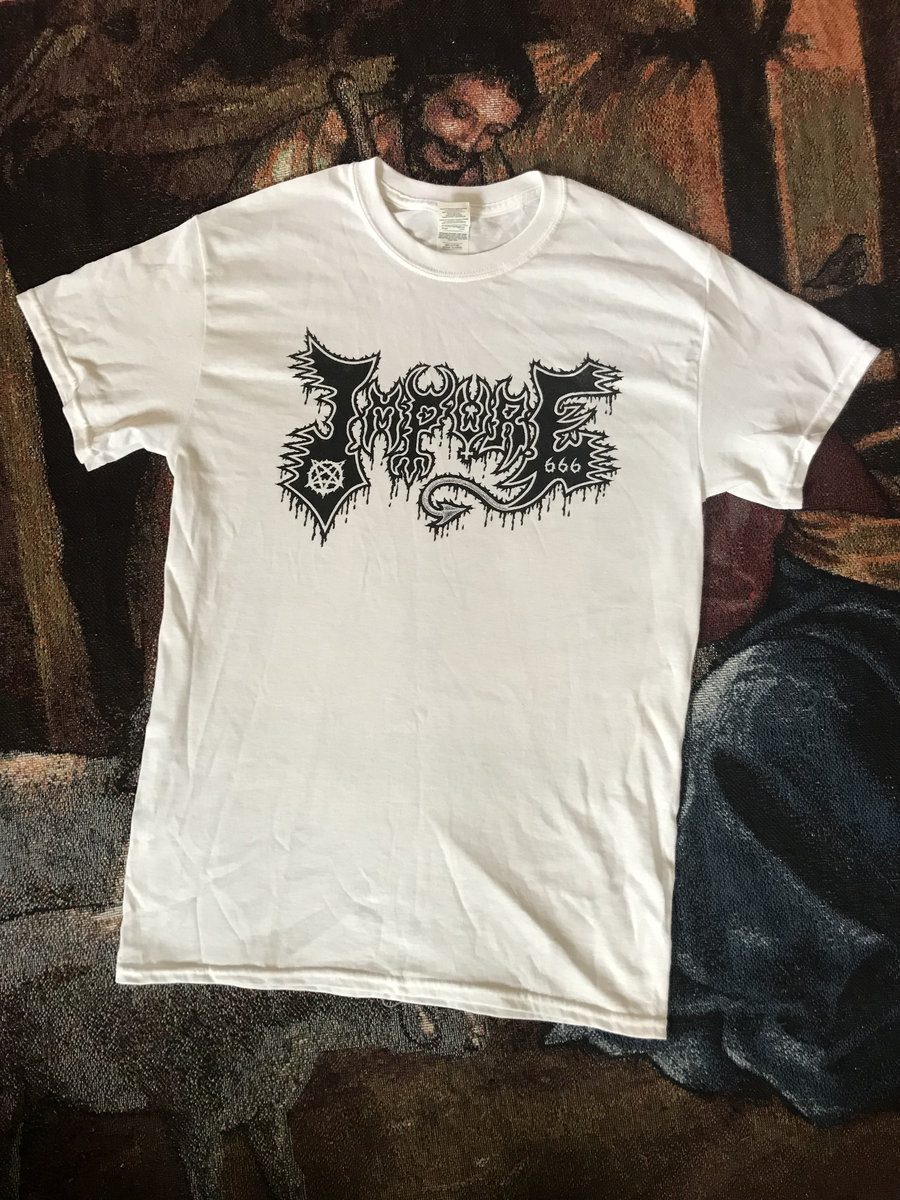 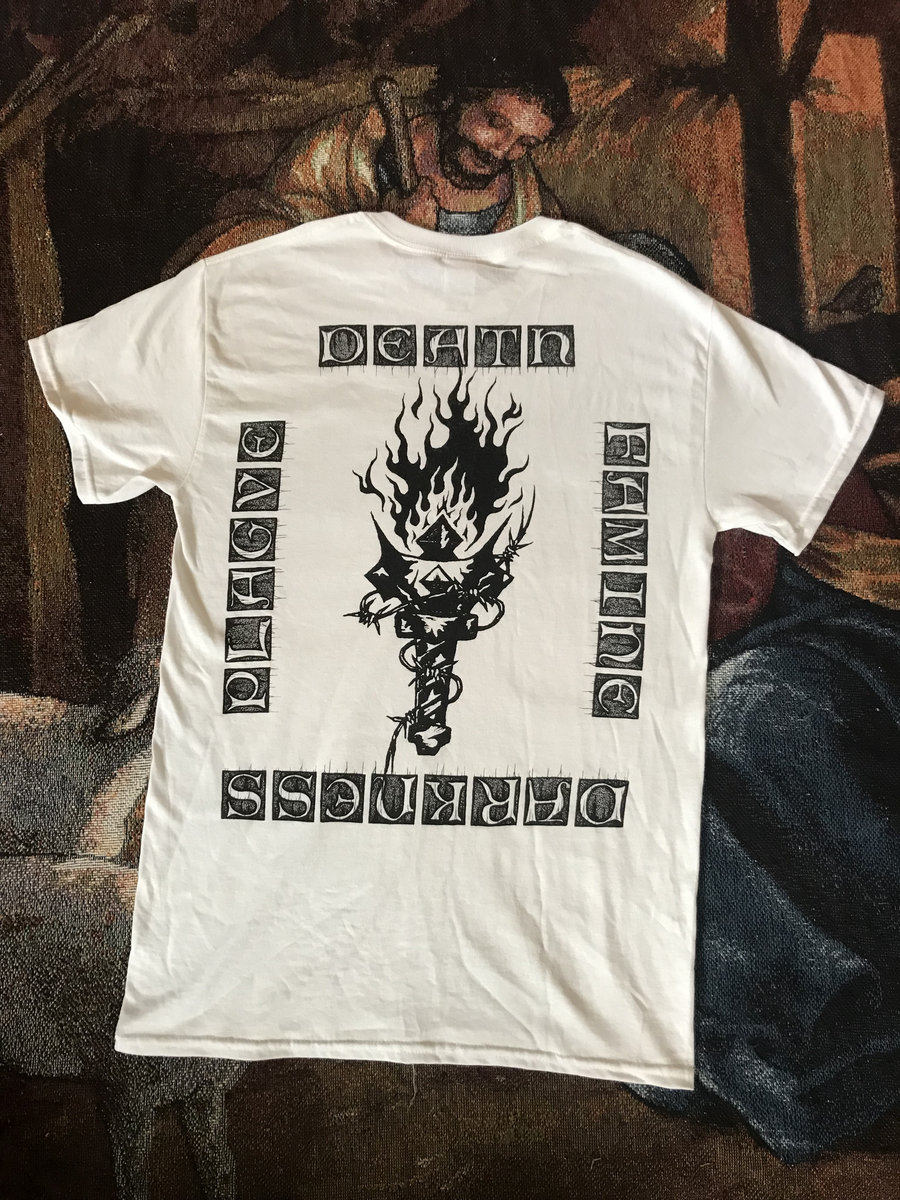 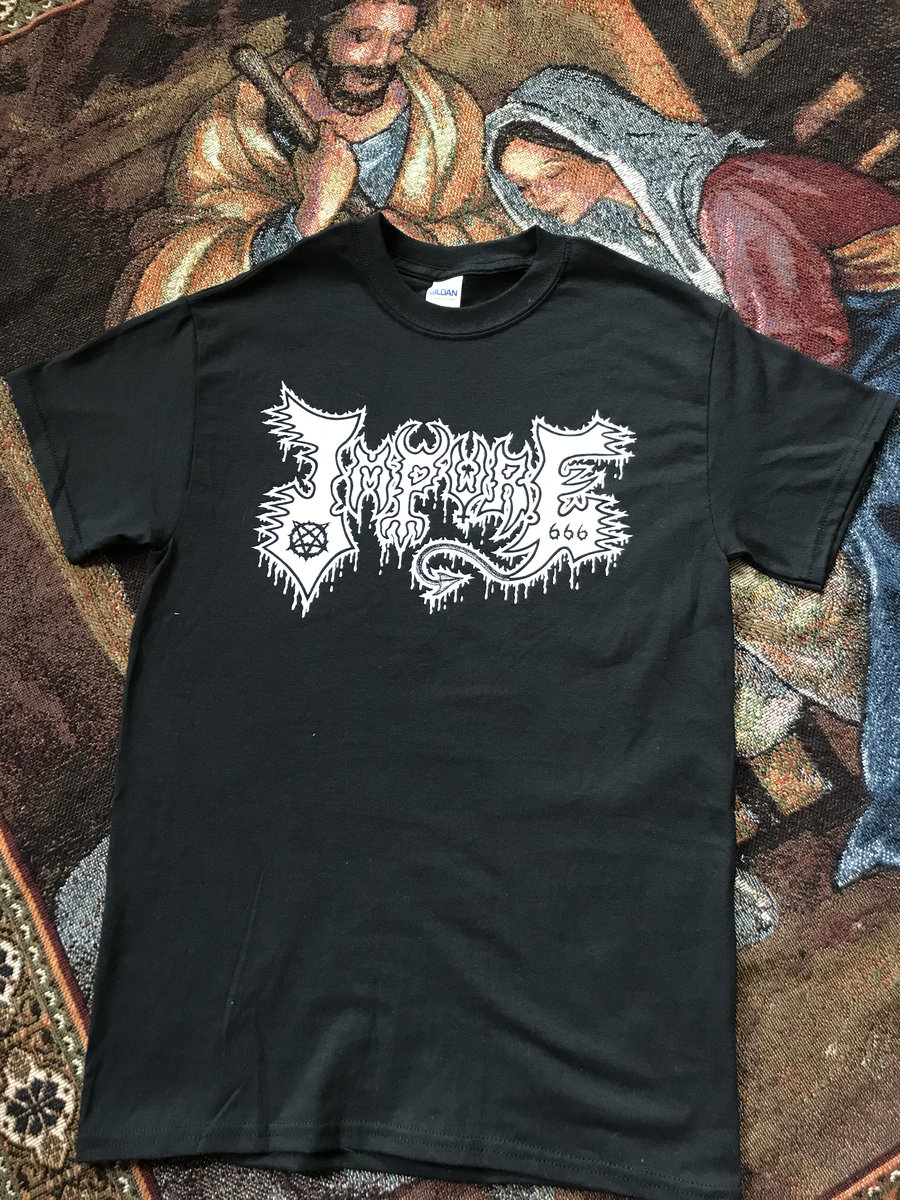